Latin superstar Carlos Vives felt like a child again filming the new music video for his collaboration with Shakira after going barefoot in their native Colombia. 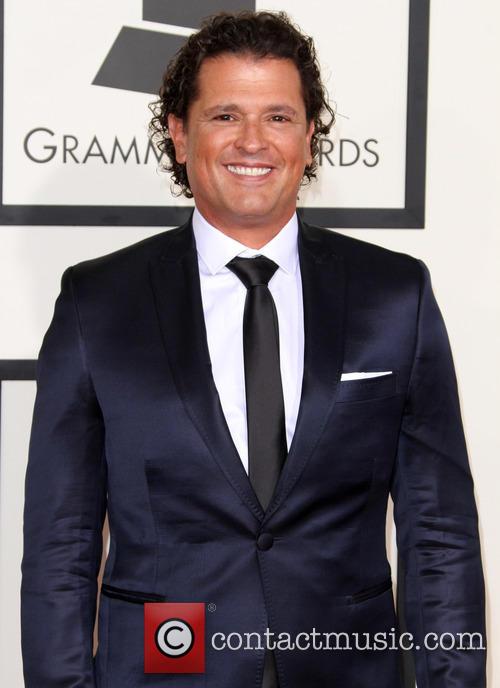 The two singers co-wrote La Bicicleta (The Bicycle) for Vives' upcoming album, and they recently headed home to Colombia to shoot the accompanying promo, which was filmed in Vives' native Santa Marta and Shakira's home town of Barranquilla.

In the forthcoming video, the musicians cycle along as they belt out their new tune, and the 54-year-old admits the shoot took him back to his youth.

"The work was intense but also delightful," the veteran musician tells The Associated Press. "Both for Shaki and for me, being back in our territory, plus the emotional load that this had for us, it was wonderful."

"We were really happy riding our bikes, singing on our bikes," he continued. "We were kids again. We wanted to do everything barefoot. We strolled happily to several places... And watching Shaki contented, happy, reuniting with her friends, with her people, I think that the video registered a very, very special energy."

Vives also reveals it was Shakira who approached him about the idea of collaborating after hearing some of the song ideas he had submitted to their label bosses at Sony Music for his new album, La fiesta de todos (Everybody's Party).

He explained, "Shakira listened to part of the material. She loved the song and asked me if she could work on it with me. Shaki is a producer, Shaki is also a songwriter, so she gave the song her touch."