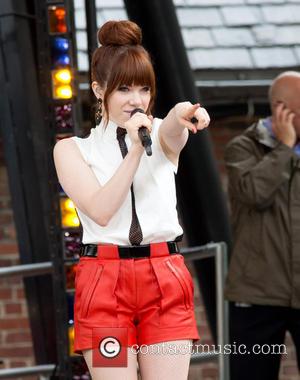 Rockers 3 Doors Down have stepped in to headline this weekend's (20Jul13) Boy Scouts of America Jamboree after Train and Carly Rae Jepsen pulled out over the organisation's restrictive rules on gay members and leaders.

Pat Monahan and his Train bandmates decided to boycott the West Virginia gig back in March (13) over Boy Scouts officials' anti-gay stance, which forbid openly gay and transgender people from participating in the group.

Call Me Maybe hitmaker Jepsen soon followed suit, but now Boy Scouts bosses have confirmed to the Associated Press that the Kryptonite hitmakers have been hired to top the bill on Saturday night.

Deron Smith, the national spokesman for the Boy Scouts of America, says, "We are excited to have 3 Doors Down perform for these young men and women, volunteers and visitors experiencing this amazing Jamboree in West Virginia."

Officials at the youth organisation have taken steps towards updating the group's rules since the controversy earlier this year (13), and in May (13), they agreed to allow openly gay kids to become Boy Scouts. The policy will come into effect in January (14).