Carly Rae Jepsen will no longer be playing her Boy Scouts' show. 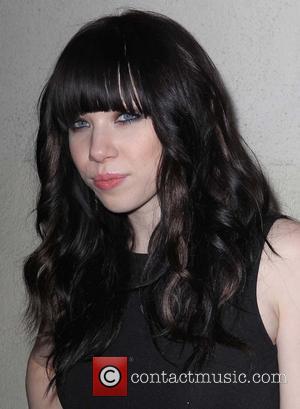 Carly Rae Jepsen is refusing to perform at a Boy Scouts concert after learning that they have no intention of lifting their ban of gay men in the organisation.

The 'Call Me Maybe' singer took to Twitter to confirm the cancellation at the Boy Scouts of America National Scout Jamboree in Mount Hope, West Virginia in the summer, explaining: 'As an artist who believes in equality for all people, I will not be participating in the Boy Scouts of America Jamboree this summer'. She added that, 'I always have and will continue to support the LGBT community on a global level and stay informed on the ever changing landscape in the ongoing battle for gay rights in this country and across the globe.'

California band Train were also due to perform, but hold similar views to the popstar. They wrote on their savemesanfrancisco.com blog, 'When we booked this show for the Boy Scouts of America we were not aware of any policy barring openly gay people from participation within the organization' and they added that all though they respect the old organisation, they are strongly against such discrimination but are most definitely willing to appear at the Jamboree 'as long as they make the right decision before then'.

Carly Rae Jepsen is currently on tour in the UK with Justin Bieber, who was criticised by parents after arriving on-stage 40 minutes late at London's O2 Arena. Many had expected the young Canadian singer to begin his show around the time that Jepsen was beginning her act.

She scored a huge hit last summer with Billboard chart-topper 'Call Me Maybe.'