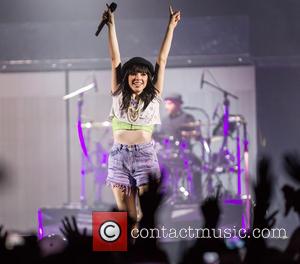 The Canadian pop star Carly Rae Jepsen has explained her motives behind pulling out of a planned performance at a Boy Scouts Jamboree. When she learned that the Boy Scouts organization banned gay people from joining, she no longer felt that it was an organization that she wished to support. Speaking to MTV News, Carly explained “It was sort of one of those things that I kind of have my opinions about, and everyone's entitled to their own, but it wasn't necessarily something that I felt comfortable backing once I learned more about it. Here's hoping they make the right decision and I'm praying that moves like this will help.”

A spokesperson for the Scouts insisted that they understand her decision to stick by her principles. “We appreciate everyone's right to express an opinion and remain focused on delivering a great Jamboree programme for our Scouts.” It looks as though they might struggle to get that high quality jamboree they’re after, though, as the second headliner, Train, has also cancelled their performance.

The ‘Call Me Maybe’ singer had previously agreed to perform at the annual National Boy Scouts jamboree but petitioners pleaded with her not show her support for the organization and made her aware of their homophobic membership policies. As a result, she cancelled the appearance, which was planned to take place in West Virginia in July. Carly Rae Jepsen: Standing by her principles and fighting homophobia