A Third Member Of Rock Band Goodbye To Gravity Has Died From Injuries Sustained During The Fatal Nightclub Inferno In Romania Last Month (30oct15). 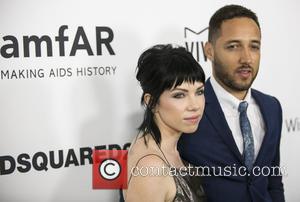 A blaze broke out at the Colectiv venue in Bucharest when the heavy metal stars were on stage, injuring 180 revellers and killing 45 concertgoers, including the band's guitarists Vlad Telea and Mihai Alexandru

Drummer Bogdan Enache has been in hospital ever since the incident, and on Sunday (08Nov15), he was airlifted on a military plane with the intent to be treated for his burns in Zurich, Switzerland.

However, he went into cardiorespiratory failure while in the air, and medics tried to resuscitate him for 70 minutes while the plane headed back to Romania. Enache died after he landed in Bucharest, according to the Interior Ministry.

Two of the musician's bandmates are still recovering from the tragedy, with lead singer Andrei Galut suffering from burns and smoke inhalation, while bassist Alex Pascu reportedly underwent emergency surgery for undisclosed injuries.

As dozens of injured concertgoers remain hospitalised with serious burns, authorities suggest the death toll could continue to rise.

Romania's Prime Minister Victor Ponta resigned from his position on Tuesday night (03Nov15), hours after more than 20,000 citizens took to the streets of Bucharest to protest against the country's poor public safety provisions.

Police are still investigating the cause of the blaze, and three owners of the venue have been arrested as part of the probe.