In case you’d forgotten, Electra filled in for Amanda Holden during her maternity leave in 2012.

US star Carmen Electra has spoken about her short-lived stint as a judge on ‘Britain’s Got Talent’ in 2012. Electra appeared as a judge during the show’s London auditions, filling in for Amanda Holden during her maternity leave. Carmen Electra has spoken about her 2012 guest stint on 'BGT'.

Electra didn't exactly endear herself to ‘BGT’ fans during her guest spot and the 43-year-old was reportedly heckled by audience members during filming. But speaking at a charity event in Los Angeles earlier this week Electra said she loved her time on the show, especially sitting next to Simon Cowell.

"I loved sitting next to Simon. He was antagonising me the whole time,” Electra said. "He was helping me. He would tell me little hints or little things to say. It was a blast. I loved it. I would go back any time.”

"If anyone's on a break, Simon - I would love to go back,” she added. Electra went on to say that the British version of the show was "so different" to its American counterpart, adding that she was surprised to see fans "line up for the show in London on the streets”.

“I had no idea, going on to set, walking out of the limousine, there would be fans everywhere who loved and support the show.,” she said. "It was incredible. It was a wonderful experience.” While Electra might have enjoyed her time beside Simon Cowell, she was less enthused by fellow judge David Walliams.

Walliams had previously accused Cowell of only hiring Electra because he wanted to “get off” with her. When asked about her experience judging with Walliams Electra said: "Yeah, yeah it was fine.” Adding: “I remember Simon more than anything because he was cracking me up. He is so funny." 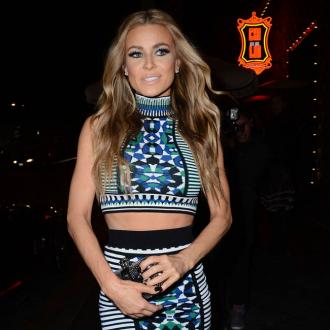 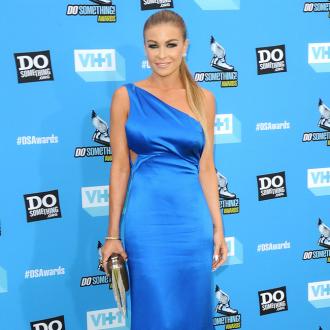