Heavyweight singer Carnie Wilson has sparked fresh fears for her health after reportedly collapsing during a recent taping of TV quiz show THE NEWLYWED GAME.
The Wilson Phillips star, who hosts the remake of the classic U.S. series, was treated by paramedics on 19 March (10) after becoming dizzy and losing her balance on set.
A source tells the National Enquirer, "In the middle of the show, Carnie went white and began to sway. Her speech was garbed."
Wilson blamed the dizzy spell on medication she had been prescribed for a cyst doctors had found on her neck - but TV producers fear the star's health is seriously at risk as a result of her extra weight.
The singer, who once weighed in at 300 pounds (136 kilograms), was told she was dangerously obese when she appeared on The Dr. Oz Show in February (10) and she's struggled to shed the pounds since.
The insider adds, "During taping days, a medic is just off-camera. She's managed to lose some weight but the pounds aren't melting away, which bothers her. I think now she's finally motivated to take off the weight and keep it off."
Wilson documents her battle against the bulge in her reality show Carnie Wilson: Unstapled and recently pleaded for help to shed the pounds for the sake of her two young kids.
She said, "I need help. Having children derailed me a bit. I don't want to be drastic. I want to be realistic. I have to be a teacher to my daughters. Lola started to notice commercials on TV with people who are trying to lose weight, and she looks at me. She's thinking about this stuff, and it's getting to her." 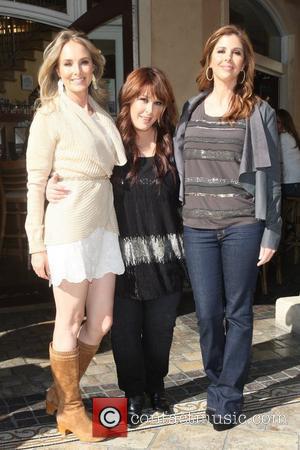