Carol Vorderman (born Carol Jean Vorderman 24.12.60) is a British television presenter and media personality, known for her work on the show 'Countdown' for 27 years.

Childhood: Carol Vorderman was born in Bedford, Bedfordshire to Anton 'Tony' Vorderman Edwina Jean Davies. Three weeks after she was born, her parents separated and he mother moved to Prestatyn, North Wales, with the three children. Here, she studied at Blessed Edward Jones High School in Rhyl, and attended Sidney Sussex College, Cambridge, at 17 to study engineering. When she graduated three years later, Vorderman landed a job as a junior civil engineer at Dinorwig Power Station, and worked as a backing singer for a Leeds-based band on the side in the 1980s.

Career: In 1982, at the age of 21, Carol Vorderman landed a job as a co-host on the show 'Countdown' after her mother responded to an advert in the newspaper about needing someone with good maths skills. Vorderman worked on the show for 26, continuing her co-host position after the originally host, Richard Whiteley, passed away in 2005. She eventually left the show on 25th July 2008, where they dedicated her final episode on 12th December 2008 to a compilation of her greatest hits.

In addition to her work on Countdown, Vorderman worked as the presenter of ITV's annual 'Pride of Britain Awards' every year from its conception in 1999. In June 2011, Vorderman also became one of two hosts of the ITV women's panel show, 'Loose Women', and worked there until 14th July 2014, when she stepped down to focus on her educational books and maths website. Vorderman has been a strong advertiser of various different educational materials over her career.

Personal Life: In 1985, at the age of 25, Carol Vorderman was married for the first time to Christopher Mather - an officer in the Royal Navy and international rugby player. The marriage ended after 12 months, however. In 1990, Vorderman married her second husband, Patrick King, and the couple had a daughter, Katie, in 1992, and a son, Cameron, in 1997. In 2000, the couple separated. In 2001, she began living with British journalist Des Kelly in London, before the two separated in 2006. Between September 2012 and October 2014, Carol Vorderman was in a relationship with Graham Duff, an RAF Red Arrows pilot 14 years younger than her.

Vorderman and Whiteley were the mainstays of 'Countdown' for 23 years until his death in 2005 - and they only had one disagreement...

Former ‘Countdown’ star Carol Vorderman has revealed that she was paid three times MORE than the show’s presenter, Richard Whiteley, in a new interview in which the subject turned to the gender pay gap.

Speaking on Today FM on Friday (June 8th), the 57 year old explained that the only occasion on which she and her colleague Whiteley – who passed away in 2005 – ever exchanged cross words was a “heated debate” over their salaries when he found out she was earning three times as much.

“I'm going to give you an exclusive here now,” Vorderman told the host, when asked about her thoughts on the gender pay gap. “I can't get involved in that because the only heated debate Richard and I ever had was when he found out that I was being paid three times more than him.”

During a chat with Scarlett Moffatt round the campfire, she revealed why she chooses to end her relationships around the festive season.

Current ‘I’m a Celebrity…’ star Carol Vorderman has revealed why she dumps her boyfriends just before Christmas – so that she can have fun around the festive period.

During a chat with fellow contestant Scarlett Moffatt on the show, the 55 year old former ‘Countdown’ maths wizard spoke about her single status and why she always tends to break things off around December.

“One of my boyfriends, I’d gone off him a bit, and I decided to dump him before Christmas. They always get dumped before Christmas anyway,” she said during Sunday night’s episode.

Continue reading: 'I'm A Celeb' Star Carol Vorderman Reveals Why She Dumps Her Boyfriends At Christmas

The celebrities are arriving in the Australian jungle in preparation for this year’s series.

Carol Vorderman, Lisa Snowdon and Ola Jordan are among the names ‘confirmed’ for this year’s ‘I’m a Celebrity Get Me Out Of Here’, according to The Sun.

This year’s series starts on ITV on Sunday and many of the rumoured names have already been spotted arriving in Australia to prepare for life in the jungle. Ola Jordan is reportedly heading to the jungle

Continue reading: Carol Vorderman, Lisa Snowdon And Ola Jordan 'Confirmed' For 'I'm A Celebrity Get Me Out Of Here'

Carol Vorderman at the 2016 The Pride of Britain Awards held at The Grosvenor Hotel, London, United Kingdom - Monday 31st October 2016 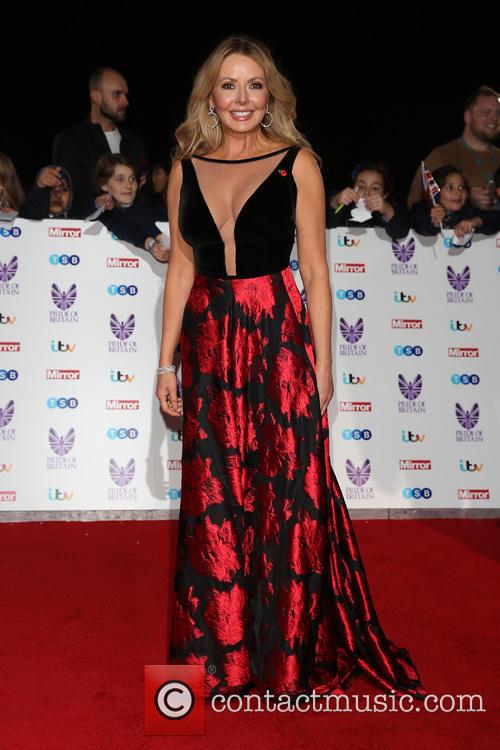 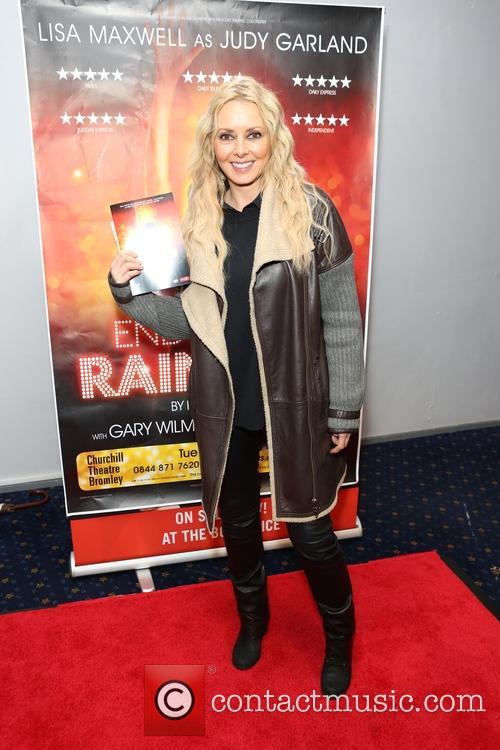 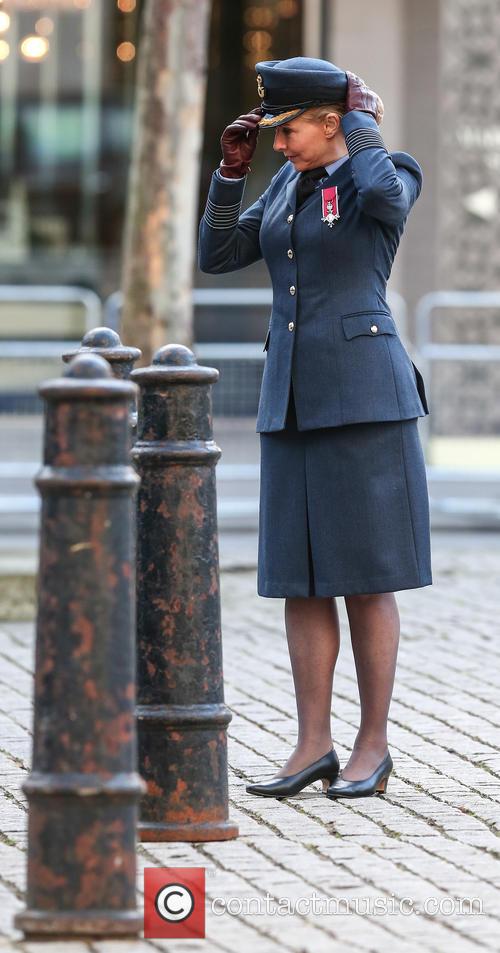 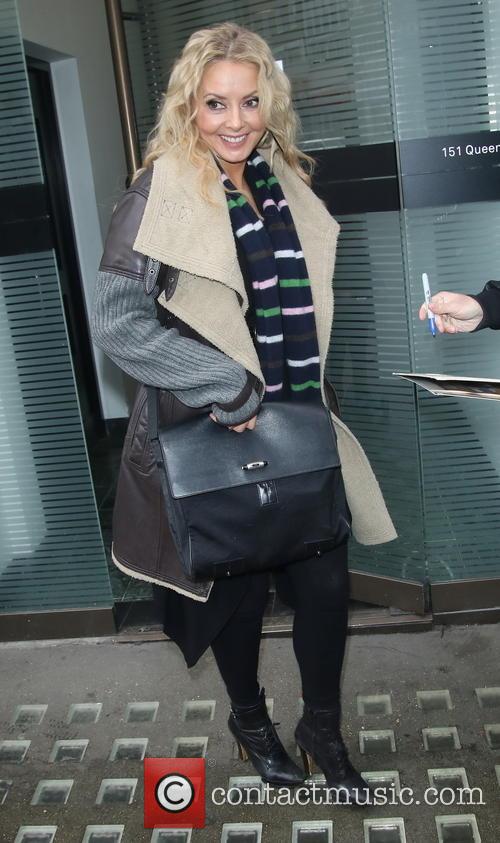 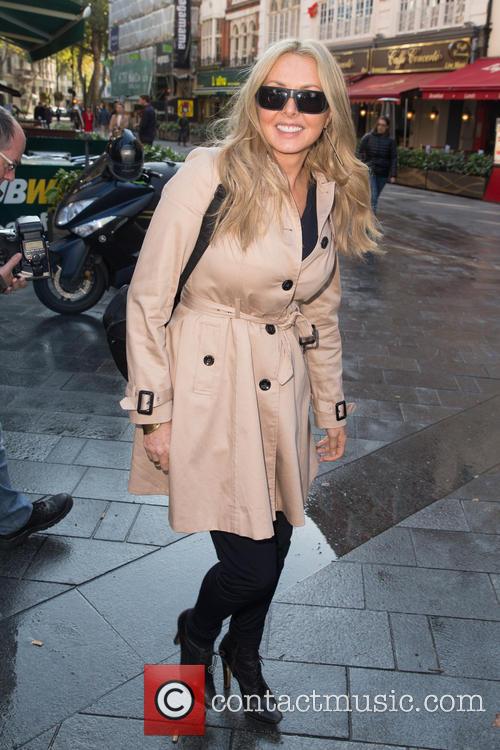 The former 'Countdown' star suffered burns and bruises when she fell off the running device.

Carol Vorderman has revealed, possibly accidentally, on Twitter that she recently fell off a treadmill while running with no clothes on. Possible tweet of the year contender, here, raising the more intriguing question of why she was running naked in the first place.

She had shared a story about an unfortunate woman, who sent an important workplace e-mail with a swear word written in because of an autocorrect function, with a friend in a conversation on the social media site on Wednesday (August 26th), and followed that up with the annoucement that she sustained serious bruises and burn-like injuries when she fell off the treadmill.

Continue reading: Carol Vorderman Injured Falling Off Treadmill With No Clothes On

'W1A' Is A BBC Mockumentary, Without The Mocking

'W1A' gets off to a half decent start, but is unlikely to reach the heights of its predecessor Twenty Twelve.

As Sarah Parish appeared on the One Show on Wednesday ahead of new comedy 'W1A's' debut episode, there was much to be made about how good the BBC is at poking fun at itself.  Only, it's not really, and the team that brought us 'Twenty Twelve' don't appear to have gone anywhere near far enough with their latest offering. Hugh Bonneville And His Team in 'W1A'

Sure, the first episode brought about a passing reference to the Jimmy Savile affair as "a learning opportunity" but other than that, it seems as though the writers missed a golden opportunity to tap into the endless mine of material that the corporation has offered up over the past couple of years.

Continue reading: 'W1A' Is A BBC Mockumentary, Without The Mocking

Carol Vorderman suffered a broken nose after falling down a stairwell in London.

Former Countdown star Carol Vorderman was left nursing a broken nose in hospital after smashing her face in a horror fall down a flight of stairs. The current presenter of Loose Women, 52, had her hands in her pockets as she ran downstairs following a meeting in a tower block in central London. Unfortunately for Carol, her heels gave way, leaving the TV star tumbling down the stairs.

After calling boyfriend Graham Duff, Vorderman - who had blood pouring from her nose - was driven to a London hospital where she was treated for a broken nose, a badly gashed forehead and a cut eyelid. There, she underwent an operation on her broken nose and had stitches in her forehead and eyelid. The glamorous presenter was also left with a black eye and a plaster cast on her nose, forcing her to take two weeks off work while her injuries heal. She told The Sun: "I'm feeling OK but because I had my hands in my coat pockets while I was running, I had nothing to break my fall except my head.I really do look like I've done eight rounds with Muhammad Ali! The bruising round my eye has reached its peak."

Vorderman admitted she felt like a "complete idiot" after her fall, though it could have been much worse for the mother-of-two, who was awarded an MBE in 2000. "I have stitches in my forehead and my left eyelid but am just counting my blessings that I didn't damage my skull or the left eye itself," she added.

Continue reading: One From The Top: Carol Vorderman Breaks Nose After Falling Down Stairs

Food Glorious Food? Not Such A Glorious Series Debut For Simon Cowell

Food Glorious Food, presented by Carol Vorderman, was not only a flop in the viewer ratings but was described by The Guardian as “a bad cover version of other food shows.” With hints of Masterchef and The Great British Bake-Off running through Cowell’s new venture, it seems that the BBC have little to fear when it comes to this new kid in food-town. Just 2.6 million viewers tuned in to watch the show’s debut, according to www.tellymix.co.uk.

The aim of the show was for competitors to create a meal that will eventually be sold on the shelves of Marks and Spencer. We imagine the management team at the classy food store is already regretting its decision to get involved in the show. One competitor put so much booze in their small jelly (over £10’s worth) that it would have to be sold alongside the spirits, rather than in the dessert section, it seems. Cowell may be off-screen in this show, but The Guardian reports, his usual talent contest tactics are more than tangible, with one contestant confessing that she treads one of her key ingredients with her feet. The Great British Masterchef’s Got A Talent Factor, anyone? 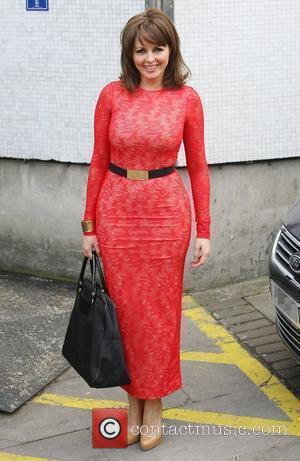 Carol Vorderman Shows Off Rear Of The Year At Cheltenham 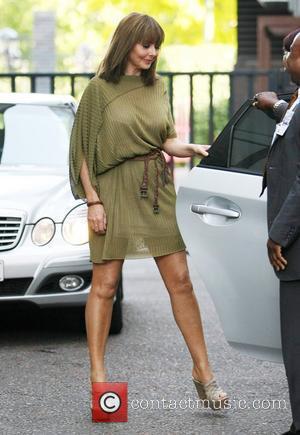