The star-studded event - hosted by Michelle Obama - sought to celebrate the work of industry icons, drawing over 300 designers and students together at the presidential residency.

At the request of the First Lady herself, stars flooded the East Room, at the White House, in Washington D.C, yesterday evening (09.10.14).

Attendees at the event - who along with Carolina, Vera and Naomi, included top designers Francisco Costa, Jack Mccollough, Zac Posen, Prabal Gurung and Diane von Furstenberg - were treated to a ten minute speech by Michelle who admitted she had wanted to open the doors of the White House to the world's top designers for a long time, reports WWD.

According to a partygoer, Michelle - who looked stunning in an Oscar de La Renta dress and Jimmy Choo heels - also thanked the many designers in the room who had had the pleasure of dressing her over the years.

The champagne-filled evening capped off the day of workshops and panel discussions, which also celebrated up and coming youngsters in the industry.

Michelle, 50, said: ''Fashion is about so much more than just a pretty pair of pumps or the perfect hemline. For so many people across the country, it is a calling, it is a career, and it's a way they feed their families. So that's why we thought it was important to bring the industry to the White House, and to share it with all of you who are coming up in the next generation.'' 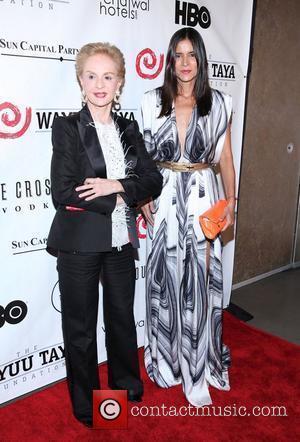