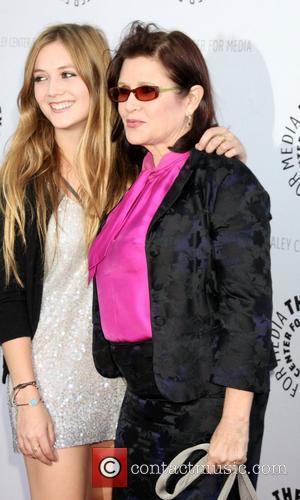 Carrie Fisher, the American actress who played Princess Leia in the Star Wars trilogy, has revealed her new look figure after shedding 50lbs on the Jenny Craig Weight Loss program, reports Msnbc.com.
Speaking to 'Today Show' host Ann Curry, Fisher explained how she wanted to slip back into the metal bikini she wore in 'Stars Wars Episode VI: Return of the Jedi'. The actress said, "I want to get into the metal bikini and just walk around the house like an idiot", joking, "I'll come out with a line of metal bikinis for women over 40. If you want dignity, you wear metal bikinis over 40". Carrie, who also became a spokesperson for Jenny Craig while on the diet program, is currently touring her one-woman show 'Wishful Drinking', which documents her marriage to Paul Simon, her various romances and her struggles with alcohol. When quizzed on what sparked her desire to lose weight, the actress told Curry, "The spark was that I weighed three million pounds. I couldn't look in the mirror. I thought that was getting old. It turns out it was mostly getting fat".
In recent years, Carrie Fisher has voiced the character of 'Angela' on the hit animated comedy 'Family Guy'. Her character is head of the shipping department at the Pawtucket Brewery.