The American Idol winner shared the news with her 4.61 million Twitter followers and her situation elicited sympathy from many of her fans and fellow musicians alike.

‘When your dogs manage to lock themselves, all your stuff & the baby in the car & you have to break a window to get in,’ 32-year-old Underwood wrote, adding the hashtag ‘#WhatAreTheChances’.

Underwood later confirmed, after her fans and media outlets picked up on the story, she did not personally break into the car but her brother-in-law was on hand to help out.

‘I should clarify,’ Underwood confirmed. ‘My bro-in-law was actually the window breaker in the "dogs-locked-the-car-door" incident today! But all is good now!’

She later added ‘Minus the broken window, of course!’

Fortunately, Underwood’s son, Isaiah, and the dogs are all doing well after the incident. Isaiah is Underwood’s first child with her husband, NHL player Mike Fisher.

When your dogs manage to lock themselves, all your stuff & the baby in the car & you have to break a window to get in. #WhatAreTheChances

I should clarify. My bro-in-law was actually the window breaker in the "dogs-locked-the-car-door" incident today! But all is good now!

‘@CarrieUnderwood Oh. My. Word. I know your heart stopped!! Glad all your babies are okay!!!’ Scott wrote (via E!).

Underwood has certainly been busy of late and doesn’t appear to be slowing down despite parenting her son. She’s been promoting her latest single, ‘Little Toy Guns’, and returned to the Grand Ole Opry stage last month, as People reports.

She’s still made plenty of time for her family and regularly shares pictures of her husband and her son together on Instagram. Last month, Underwood shared an adorable picture of her husband and baby – wearing tiny ear muffs – fast asleep whilst watching her rehearse.

Isaiah's first band rehearsal...as you can see he & his daddy were totally into it! #naptime #earmuffs #sweetdreams 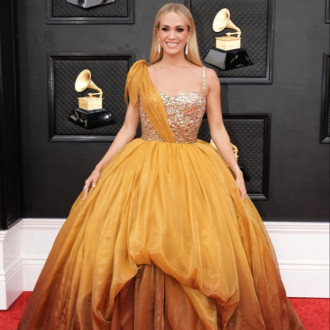