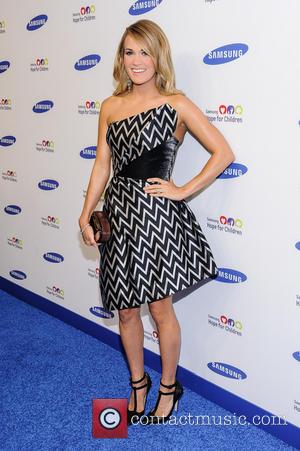 Country star Carrie Underwood has embarked on a trip to Haiti as part of a children's charity mission.

The Blown Away hitmaker joined forces with officials from the non-profit Danita's Children organisation, which rescues and provides support for orphaned children and kids in poverty, and headed to the Caribbean nation earlier this week (begs16Jun14) to lend a hand at the group's medical centre.

Underwood has yet to share details about her trip with fans, but Nashville, Tennessee resident Rhae Lauren revealed the singer's involvement on Tuesday (17Jun14), when she tweeted a photo of the star with a group of volunteers on a "dental mission trip".

In the accompanying caption, she wrote, "The girls of the trip getting ready to cross the D.R. (Dominican Republic)/Haiti boarder this morning. Excited for our first day. So proud of everyone and how much we were able to accomplish! @danitaschildren #haiti #dentalmissiontrip (sic)".