Carrie Underwood: I'd be a constructive X Factor judge

Carrie Underwood would be a ''constructive'' 'X Factor' USA judge. 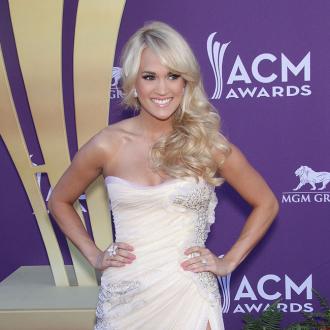 Carrie Underwood would be a ''constructive'' 'X Factor' USA judge.

The country starlet thinks she would be a great addition to the judging panel of Simon Cowell's singing competition, which she won in 2005, but worries she wouldn't be able to cope with shattering wannabe musicians' dreams.

She told Glamour magazine: ''I'd never say never. I think I could do things in a very constructive way. But those initial auditions, where you have to say no or tell someone to stop? I don't know if I could do that.''

The blonde beauty also revealed she would love to collaborate with British acts including Oscar-winning 'Skyfall' singer Adele.

Carrie listed: ''I love Jessie J, I think she's fearless, which is great. Coldplay. Adele, of course. I'm up for anything.''

The singer, who heads back on her 'Blown Away Tour' this month with 40 additional North American dates, admits her tour bus reeks of greasy Mexican food which she scoffs to keep her energy levels up on stage.

She said: ''Veggie burgers and quesadillas, mainly - people walk on the tour bus and it stinks.''