Carrie Underwood has emerged as the most financially successful 'American Idol' contestant making $20 million from her singing career. 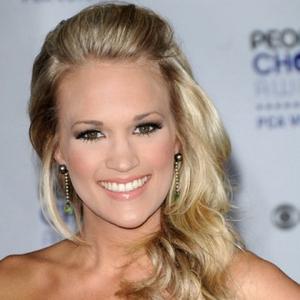 The Grammy Award winner singer - who made her acting debut in 'Soul Surfer' - has beaten off competition from former contestants Kelly Clarkson, Oscar winner Jennifer Hudson and Adam Lambert to take the top spot with earnings of $20 million.

Adam Kluger, the president of brand partnership company the Kluger Agency told Forbes magazine: "['American Idol' is] a money-making machine. It's like having the Super Bowl every week."

Carrie easily surpassed her closest rivals Chris Daughtry and Adam who racked up $6 million, Fantasia Barrino with $4 million and Jordin Sparks who has made $3 million.

The first 'American Idol' winner Kelly has made $2.5 million from the show.

However host Ryan Seacrest has beaten all of the previous competitors making $61 million from his presenting role and associated endorsements and deals.