Country music star Carrie Underwood has partnered with nail-care brand OPI to launch her own nail polish collection, which will include signature item Carrie'd Away. 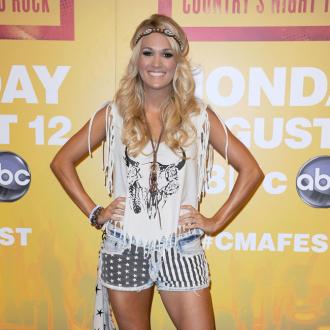 The country music star has teamed with the cosmetics company to launch 14 different coloured products - including a signature gold shade called Carrie'd Away - which will be part of the Nicole by OPI line.

She commented to WWD: ''In working closely with Carrie, we came up with 14 nail lacquers that truly encapsulate her soulful spirit and showcase different facets of her personality.''

The colourful new collection will be made available in stores from January.

The 'Jesus, Take the Wheel' hitmaker isn't the first celebrity to pair up with the company, however, as she follows in the footsteps of Mariah Carey, Katy Perry, Justin Bieber, Selena Gomez and the Kardashian siblings.

Carrie, 30, previously revealed she isn't interested in launching her own perfume like other celebrities, but would be open to creating her own fashion line.

She said: ''You go to, like, the Walgreens or whatever and you just see everybody. So, that one's not quite for me. If people walked up to me smelling like me, it might weird me out.''