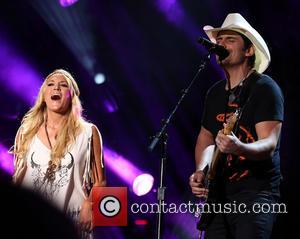 Country star Carrie Underwood is following in the footsteps of Selena Gomez and Justin Bieber by launching her own nail polish collection with beauty giant Opi.

The singer has teamed up with bosses at the firm to create the new line, which features 14 colours for Opi's Nicole by Opi brand, with each shade showcasing different facets of her personality.

She has also scored a company first by having a signature shade named after her - the gold-textured lacquer in her line has been called Carrie'd Away.

Underwood's exclusive collection will be available in U.S. retailers in January, 2014.