Carrie Underwood Opens Up About Her ‘Feud’ With Taylor Swift 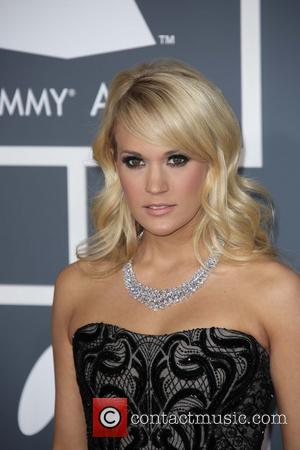 Ahead of the Grammys awards on Sunday, speculation was rife that Taylor Swift and Carrie Underwood had made it very, very clear that they didn’t intend to sit anywhere near each other inside the Staples Center. “Taylor feels Carrie is always rude to her, so she steers clear of her,” a source recently told Us Weekly. So was it true? Were the two biggest names in country music really at each other’s throats?

Not according to Underwood.

The 29-year-old Grammy winner was quizzed on the apparent feud by Gayle King for a CBS This Morning interview (set to air Wednesday), saying, “No [there’s no feud], not that I know of at least.” Somewhat ironically, Carrie said she was a big fan of Swift, even revealing which song is her favorite. “I really like ‘I Knew You Were Trouble.’ It sounded a lot different for her. I liked the branching out, trying some different sounds,” she told King.

Both entertainers were certainly at the top of their games at Sunday’s Grammy Awards, with Swift opening the show (with Underwood’s favourite song) and Underwood delivering perhaps the most memorable performance of the night in a ‘digital projection screen dress’ while singing Blown Away and Two Black Cadillac’s. “They can do a lot of amazing things with projectors these days,” Underwood said backstage to The Associated Press. “We had a dress especially made. I said I should take that home and we can watch movies on it.”