Carrie Underwood has already sang the national anthem at the Super Bowl. 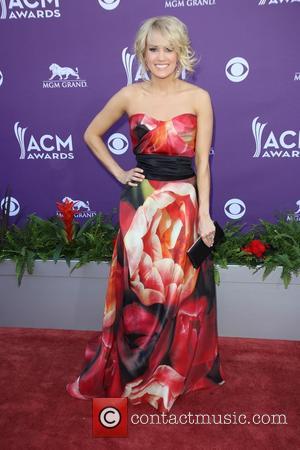 Carrie Underwood will sing the opening theme to NBC's Sunday Night Football program, the network announced on Tuesday (April 7, 2013). It appears to be a plum deal for the country star, given SNF is easily one of the most-watched television shows in the country. The new season kicks off in September.

Grammy-winner Underwood replaces fellow country star Faith Hill on the show, who had sang the theme 'Waiting All Day For Sunday Night' since 2007. "I'm very excited," Underwood, 30, told Reuters, "I think it's a perfect fit and I am such a sports fan and football fan, and we love Sunday nights around my household, so for me to be a part of it is something really special."

Underwood's signing is probably more relevant to sports fans given she is married to the Canadian ice hockey star Mike Fisher. She also sang the national anthem at the 2010 Super Bowl - the biggest event on the football calendar. A prominent musical introduction has become a staple for prime time football broadcasts in the U.S. since Hank Williams Jr reworked his song 'All My Rowdy Friends Are Coming Over Tonight' as the theme for the Monday Night Football program in 1989.

Sunday Night Football begins on September 8 with a game between the Dallas Cowboys and the New York Giants - but you'll be tuning in for Carrie's new song, right?