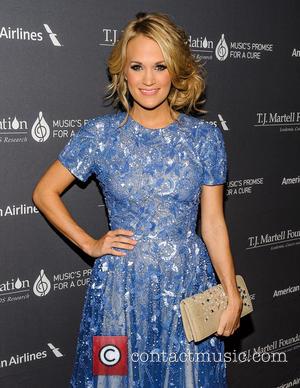 Singer Carrie Underwood took time out of her busy schedule on Wednesday (08Jan14) to volunteer at an animal shelter.

The Jesus Take the Wheel hitmaker took to her Instagram.com account to document the visit and urge her fans to adopt a pet in 2014 instead of purchasing one from a puppy pound.

Underwood is known for her animal rights activism - she has worked with the Humane Society of the United States, as well as the Pedigree adoption drive in the past.

The vegan singer was also a vocal critic of a law, which was passed in Tennessee in 2012, outlawing undercover videotaping of factory farms, which often expose accounts of animal abuse.