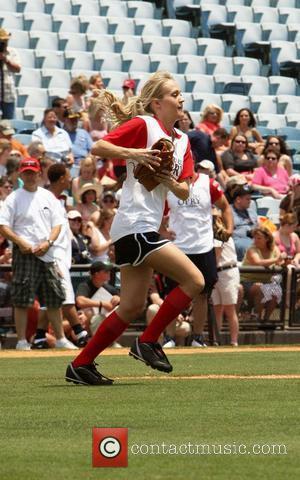 Carrie Underwood's ex-boyfriend, Tony Romo, is dating actress Sophia Bush, just days after he denied reports of a romance with troubled Britney Spears. The American football star was spotted dining with Bush and his Dallas Cowboys teammates at a steakhouse restaurant in Dallas, Texas. An insider tells American magazine OK!, "I think they met over email. She skipped a party in L.A. because he invited her to his game in Dallas. "It's still the beginning and she's being very quiet about it all." Last Friday (26Oct07), Romo was reported to have enjoyed a lapdance from Spears during a night out in Hollywood.