Casey Affleck to star and produce To Be Two

Casey Affleck will reunite with director David Lowery for a new sci-fi flick 'To Be Two' which will be based on Paul Broks' novel 'Into the Silent Land: Travels'. 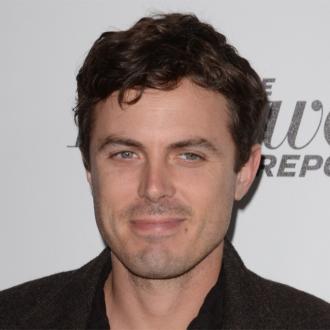 Casey Affleck is to produce and star in 'To Be Two'.

The 38-year-old actor will reunite with David Lowery - who he worked with on the recently released film 'Ain't Them Bodies Saints' - in the new sci-fi flick, which is an adaptation of 'Into the Silent Land: Travels' from Paul Broks' Neuropsychology collection, according to the Hollywood Reporter.

The hunky star will see his character forced to deal with identity issues when he comes face-to-face with his exact copy in a futuristic world after a machine - which creates duplicates of people in different location and vapourises the unique malfunctions - fails to destroy the original version of himself.

The tone of the film appears to be similar to 2012's thriller 'Looper', which saw Joseph Gordon-Levitt and Bruce Willis play the same person from different decades, but with different agendas.

Affleck is next set to star in Relativity Media's 'Out of the Furnace' and has just began shooting Christiopher Nolan's sci-film 'Interstellar'.