Cash Warren wants to get a tattoo in tribute to his two daughters with his wife Jessica Alba. 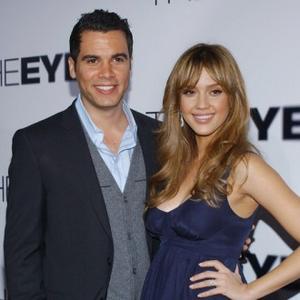 Cash Warren wants to get his daughter's names tattooed on his body.

The producer has two girls - three-year-old Honor and new arrival Haven, born in August - with his wife Jessica Alba, and he is considering having their monikers inked on his person as a sign of his love for them.

He said: "I do have a few tattoos and Jessica has a couple and I've often thought of doing something new and I think that's a sweet gesture and the love is forever."

Jessica, however, is not so sure, saying in a joint interview with Britain's OK! magazine: "If I feel moved to I will. I'm not opposed to tattoos and that's not one you'd ever regret, that's for sure."

Other celebrities who have got tattoos in tribute to their kids include Angelina Jolie, who has the co-ordinates of where all her children were born, and David Beckham, who recently got a design for his new daughter Harper Seven on his left collarbone.

He also has Jesus being carried by three cherubs in tribute to his three sons, Brooklyn, 12, Romeo, nine, and Cruz, six, below it.