Cat Deeley is to present a new celebrity dating show called 'The Choice', which has been described as a mix of the blind auditions from 'The Voice' and speed dating. 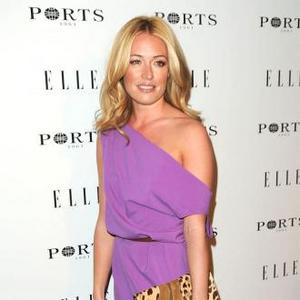 Cat Deeley is to present a new celebrity dating show.

Fox has confirmed the TV host will front 'The Choice' - which was trialled during 'American Idol' on Wednesday night (02.04.12) - later this summer and it has been described as a mix of the blind auditions from 'The Voice' and speed dating.

Mike Darnell, Fox's president of alternative entertainment, said: ''We wanted to put a new spin on the dating game show that gives celebrities 'the choice' of a lifetime and the chance to prove you really shouldn't judge a book by its cover.''

The show is expected to run for six episodes and will feature four female celebrity contestants.

The format of the programme sees four celebrity bachelors sitting in 'The Voice'-style rotating chairs, and they pull a ''love handle'' and turn around if they are impressed by a potential suitor's pitch.

The speed dating element then kicks in and Cat questions three hopefuls per bachelor as they try to win the contestant's affections.