Even though Cate Blanchett is heading to the biggest night of her career, she says her pre-Oscar routine is "so simple I don't even have to think about it." 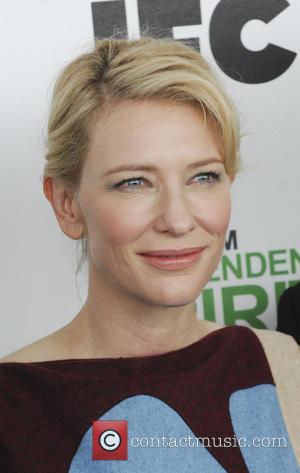 Cate Blanchett's Oscar moment has nearly arrived as the Aussi actress is the heavy favorite to win an Academy-Award for the Best Actress.

The 44 year-old is expected to pick up the award for her portrayal of 'Jasmine French' in the Woody Allen-directed 'Blue Jasmine'.

But first, Blanchett has to deal with the daunting task of walking down the red carpet when all eyes are judging if the chosen attire is a fashion faux pas, or an elegant success.

While it will be one of the biggest nights of her career, Cate admitted to the Daily Mail that her preparations won't be too different from a normal day, relaxing with her children.

"I don't have a lot of time and I have three sons so they have no tolerance at all for mummy spending five minutes in front of the mirror,' she says."

Adding, "I go for a pale lip, and a bit of mascara. I think if you're going to wear a red lip you don't want it wearing you so it's about finding the right colour."

Although Blanchett describes her daily morning routine as "minimal," she does use two SK-II products, for skin care.

"In terms of my regime every morning it's so simple I don't even have to think about it. It's literally the Essence, the Serum and then I would put the LXP moisturizer on every night," she says.

"I put the Essence in a beautiful spray bottle so then even after I've had my makeup done I'll nip to the bathroom and spray it on the top," Cate continues. "You don't go out feeling powdery or like you've caked makeup on."

The 'Lord of the Rings' actress also noted that she utilized her "minimal" make-up routine in 'Blue Jasmine.'

"For Blue Jasmine I made a decision not to wear any make up in the last shot of the film as I felt like she had such a mask on - I thought it would be a good idea to leave her with nothing and become completely transparent."

The Academy-Awards will air live on NBC at 8 p.m.