Cate Blanchett spent her first paycheque after drama school on a luxury suit by Armani, which she claims she still wears to this day. 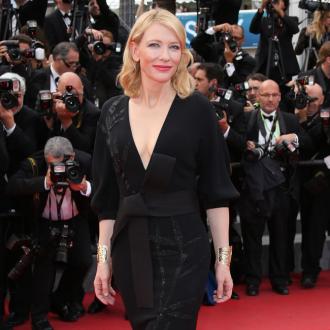 Cate Blanchett spent her first paycheque on a designer suit.

The 46-year-old actress was so excited to get her first pay package after drama school that she splashed the cash on a luxury two-piece by the Italian fashion house Armani.

She said: ''I spent my first paycheque after drama school on an Armani suit, which I've still got - and wear.

''Clothes are a huge part of the acting process. In a way they're the most creative aspect, because you don't always get a lot of rehearsal time, so the costumes can help coalesce all kinds of ideas.''

And the 'Blue Jasmine' star - who regularly receives praise for her red carpet looks - says she makes quick decisions when it comes to choosing an attire for showbiz events.

She told the Daily Telegraph newspaper: ''The Giles Deacon dress [made with 15 metres of blue silk and a print inspired by a fax machine] I wore in Cannes was an easy, instant pick. I saw it on a shoot and thought, 'Where else could you wear that?' When you decide by committee it kills the spontaneity.''

She added: ''I probably get shocking reviews on the red carpet, but I don't read them.''