Cate Blanchett Is Excited At The Prospect Of Portraying Lucille Ball Onscreen Because The Beloved Comedienne Is One Of Her "All-time Great Heroes". 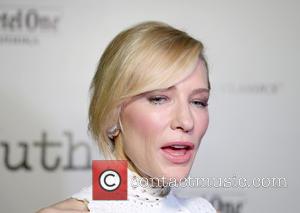 The Australian star emerged as the frontrunner to play the I Love Lucy actress in a new biopic last month (Sep15), and now Cate has confirmed she has held talks with screenwriter Aaron Sorkin. However, the Oscar winner insists their plans are still being formulated as they have yet to decide what kind of direction the project will take.

"It's early days," she tells U.S. breakfast show Good Morning America. "Lucille Ball is one of my all-time great heroes... and it's early days but Aaron Sorkin and I are talking about (the idea). We don't know what film it's going to be in but there's a lot of material there. She's an extraordinary woman."

Initial reports suggested the movie will chronicle the entertainer's 20-year marriage to Desi Arnaz, her I Love Lucy co-star. The couple divorced in 1960.

Aaron, known for writing the scripts for The Social Network and the new Steve Jobs biopic, is said to be working with Ball and Arnaz's kids, Lucie Desiree Arnaz and Desi Arnaz, Jr., who have signed on to produce the film.