Cate Blanchett Became Convinced M*a*s*h Star Alan Alda Was Her Father Because He Bore Such A Striking Resemblance To Her Late Dad. 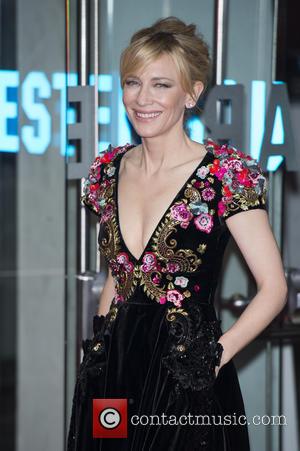 The Australian actress lost her dad when she was just 10 years old after he suffered a fatal heart attack, and she admits that during the grieving process, she spotted Alda on TV and mistook him for her father.

"My father died when I was young. And Alan Alda looked just like my father. And I would watch it five days a week, just to imbibe him and say hello..." she tells British newspaper The Guardian.

Cate goes on to reveal she eventually met the actor and all her old feelings came pouring back.

"When I eventually met him, my God, he must have thought I was some sort of mad person. I ran up to him as though I was seeing my dad."

During the interview, Cate also opens up about her first time on a movie set, revealing she was asked to be an extra on an Egyptian boxing movie called Crabs while she was living in Cairo during a gap year abroad.

"I was in this fleapit in Cairo, which has probably long since burned down, called the Oxford hotel," she explains. "And this random Scottish guy came up and said they were looking for English-speaking extras, and that I'd get paid five Egyptian pounds and a falafel.

"At the time I didn't have enough money to pay my room for the week. I went along and there was an Arabic guy with a megaphone, like something out of a silent movie, and it was so hot and so boring that I left."