It's Too Early To Call The Oscars. But Cate Blanchett. Blue Jasmine. Seriously.

Is Cate Blanchett a shoo-in for an Oscar nomination? 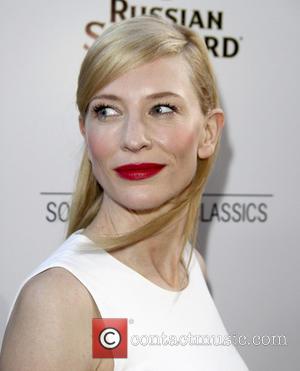 Ok, so this happens every year. Every movie writer around - including yours truly - writes a story about Oscar buzz and whether or not an actor will score a golden statuette come February. It's happening again this year. Idris Elba could win Best Actor. The Monuments Men could win Best Picture. But Cate Blanchett could win Best Actress - she really could.

We're not afraid of using the word. So we're going to use it. There's serious 'buzz' around Woody Allen's new movie Blue Jasmine, particularly the Australian actress's performance as Ruth Madoff, a New York housewife struggling through a life crisis.

"In all, this is the strongest, most resonant movie Woody Allen has made in years," said David Denby of the New Yorker.

The Dissolve said, "In a performance that at times recalls, without embarrassment, Gena Rowlands in A Woman Under The Influence, Blanchett plays Jasmine as a woman on the verge of becoming incapable of living in the world."

In a chat with USA Today about the possibility of an Oscar nomination, Blanchett said, "Um.The horse is hardly out of the gate. There's always many great female performances. I just hope people go see the movie." Still, the critics appear to have made their decision. Roger Friedman called Blachett's performance a "cinch" for the Best Actress category.

Meryl Streep remains the 7/2 favorite to win Best Actress for her performance in the forthcoming drama August: Osage County, while punters can get Blanchett at 20/1.

See the photos from the New York premiere of Blue Jasmine.