Cate Blanchett: 'Streetcar Role Made My Hair Fall Out'

Cate Blanchett Turned Down The Chance To Take Her Theatre Company's Production Of A Streetcar Named Desire To Broadway Because Playing The Lead Role Of Blanche Dubois Took A Toll On Her Health. 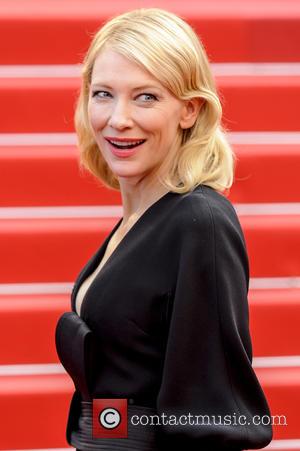 Picture: Cate Blanchett - A variety of stars were photographed at the 68th Annual Cannes Film Festival as they attended the premiere of 'Sicario' in Cannes,...

The Blue Jasmine star, who was co-artistic director of the Sydney Theatre Company between 2008 and 2013, starred in their production of Tennessee Williams' drama as DuBois, who suffers a mental breakdown and is admitted to hospital.

Blanchett started the run in Sydney, Australia in 2009, before it transferred to Washington, D.C. and then Brooklyn, New York all in the same year, and the stint impacted on her health, so she declined an offer to take it to Broadway.

She tells Britain's Daily Telegraph newspaper, "I didn't think I could play her for another three months. I'd lost a lot of weight and my hair was falling out."