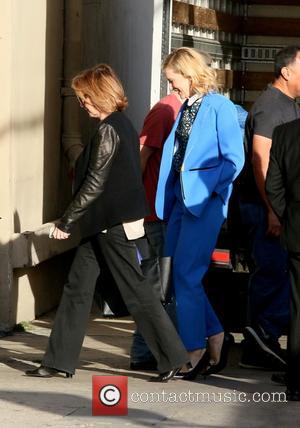 Actress Cate Blanchett originally wanted to star as Disney princess Cinderella in the new Sir Kenneth Branagh movie because she was convinced filmmakers would be able to turn back the years with the use of computer generated imagery (Cgi).

The Blue Jasmine star, 45, wanted to defy age critics by landing the title role, but she abandoned her plans after friends began questioning her logic.

She tells U.S. breakfast show Good Morning America, "I'm a little bit cross. They were doing Cgi, they could do a little bit (of a virtual facelift). I had friends say to me, when I told them what I was doing, they were looking at me slightly concerned, like, how do they ask me the question, 'Aren't you slightly too old (to play Cinderella)?'"

Blanchett subsequently settled for the part of Cinderella's wicked stepmother, and she admits Branagh did a great job casting Downton Abbey actress Lily James as the titular character, opposite Richard Madden as her Prince Charming.

She adds of her villainous role as Lady Tremaine: "It's wonderful to be offered the villain. It's great! It's fantastic, because I'm so lovely in real life! We get socialised out of these mean, cruel things, kind of, you have this vicarious experience through the villain."