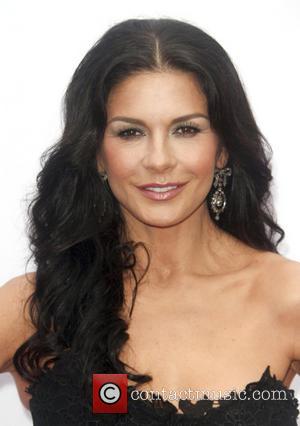 Catherine Zeta-Jones' close friend and maid of honour has expressed concerns for the actress' mental wellbeing as she tries to cope with the breakdown of her marriage to Michael Douglas.

The Wall Street star and his Traffic actress wife announced on Wednesday (28Aug13) that they are "taking some time apart" to work on their 13-year marriage.

The separation comes after a turbulent few years for the couple, with Douglas undergoing treatment for throat cancer in 2010 and Zeta-Jones seeking professional help for an ongoing battle with bipolar disorder.

Now Anna Walker, one of the Welsh beauty's closest confidantes, has admitted she worries that the stress of their split could drive the actress into a deep depression.

Walker tells Britain's Mail on Sunday, "The next few weeks will be very tough and I'm very worried about her. This is a very traumatic time and her mental health could be adversely affected.

"I'm sure it's not been easy for her to cope with the stress of Michael's illness. She's just had another round of treatment for her bipolar and if she can keep that in check under all this stress it will be a miracle.

"Her mother Pat is with her at the moment, so I know she's in good hands. And nowadays there is very good medication that can help. It will have hit her very hard because she definitely believes marriage is for once in a lifetime."