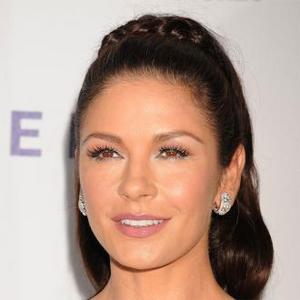 The Oscar-winning actress has two children with actor husband Michael Douglas - Dylan, 11, and nine-year-old Carys - but despite having very wealthy parents, the kids like nothing better than spending time at the bargain holiday resort in Catherine's native Wales.

She said: ''They love going to Butlins with my parents for long weekends.

''They've been on the beach when it's been horizontal rain in Swansea, you know? They can't believe it; they're on the beach and it's raining.''

Catherine - who now resides in New York with her family after living in Bermuda - also revealed how she's upset her kids don't have a British accent and don't like many of her favourite UK foods.

She told Stylist magazine: When they lived in Bermuda, they had more of a British accent than I did. They'd talk so properly; they were so posh. But then in two months of coming back to school in the US, in New York, they sounded as if they came from The Bronx. I'm like, 'What happened to mummy?' It's now 'Mom!'