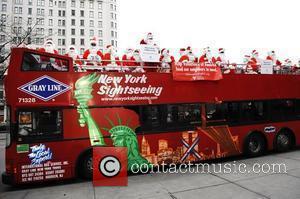 CBS lawyers were back in court Tuesday, arguing once again that the network should not be held responsible for the "wardrobe malfunction" that occurred during Janet Jackson's performance during the Super Bowl halftime show in 2004. The same court -- the U.S. 3rd Circuit Court of Appeals in Philadelphia -- had tossed out the FCC's $550,000 fine against CBS, but the U.S. Supreme Court sent it back for review. The lawyers once again argued that similar instances had been broadcast in the past without FCC intervention and that in the case of the Jackson incident, the commission was in effect changing its rules on decency without notifying broadcasters that it was doing so. And in a statement released following today's court hearing, CBS said, "This remains an important issue for the entire broadcasting industry because it recognizes that there are rare instances, particularly during live programming, when despite broadcasters' best efforts it may not be possible to block unfortunate fleeting material."