Cee Lo Green can still remember seeing The jacksons perform when he was younger and says their concert changed his life. 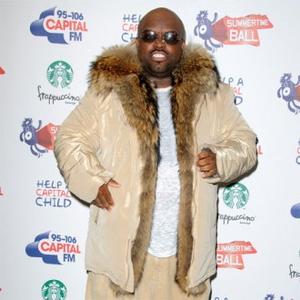 The 'Forget You' hitmaker was taken to see the singing siblings - formed by late King of Pop Michael Jackson - when he was a child and can remember the show clearly.

He said: "My first gig was The Jacksons in 1984. I must've been five or six and I was completely inspired, blown away. They were such a powerful unit of performers, they were dazzling.

"They opened up with, 'Can You Feel It', and I can still remember those horns and The Feeling they evoked In Me. I refer to it often as a moment when my life changed."

Cee Lo is also a huge fan of Iggy Pop, who he believes to be the "ultimate American icon".

He explained: "Iggy Pop is the ultimate American icon, like the anti-working class hero, this drugged-up rebel kid with too much energy who's thumbing his nose at the world.

"I love Iggy Pop. Everything he's ever done."