Cee Lo Green admits he's a lover of cats and that he talks to them. 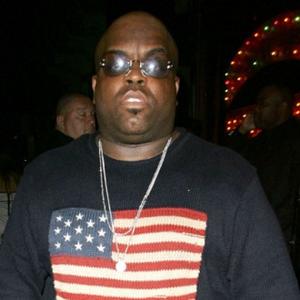 The 'Forget You' hitmaker is a lover of felines, and although he's cut down on the number he keeps at his home in Atlanta, US, to just one, he admits he is very close to it.

He told DJ Fearne Cotton on the UK's Radio 1: "I do like cats. I have a cat named Cho Cha, she's brown and white with specks, a little grey, specs here and there.

"I do talk to them, me and my pets are pretty close. I'm not as bad as I used to be, I only have one cat now, but I used to have about 14 cats when I was young. But one is enough to handle now."

The soul singer's latest record, 'The Lady Killer', is a concept album which he says despite its lead single's theme of lost love, is a Celebration of the female form.

He added: "The album is, of course, about the exalt, uplift, empowerment and adore-ment of all things woman. And so, it's just a very triumphant album in that way, it's just my appreciation (sic).

"My record is sophisticated, cinematic, it has an orchestral approach to it. I was kind of imagining a James Bond movie, so it reminds me of a score."

Cee Lo also said the album is inspired by: "Everyone who's been themselves once or twice in their lives. That I can appreciate, because it takes a lot of courage."