Green Booed At Coachella For Tardiness 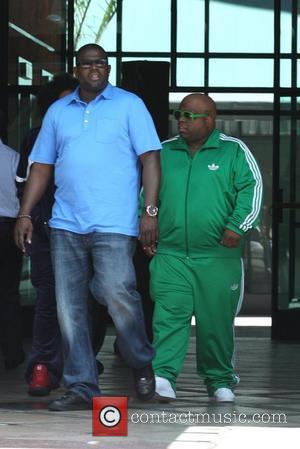 Cee Lo Green created a line-up nightmare for Coachella Festival organisers in California on Friday night (15Apr11) when he took to the stage 25 minutes late and showed no signs of cutting short his set.
Fans booed when he was an initial no show and he was forced to make an apology at the top of his show.
He said, "Sorry guys, I just landed. Y'all still gonna party with me? I only have 20 minutes. It ain't my fault. They should have... given me a better time slot."
He managed only five songs before festival bosses pulled the plug on the R&B star shortly after he had performed his smash hit F**k You and in the middle of his cover of Journey's Don't Stop Believin', prompting the larger-than-life star to storm offstage indignantly to a chorus of boos from dissatisfied fans.
Staff rushed to get the stage ready for the next act, Lauryn Hill, who started her set 20 minutes late.
Festival organisers run tight to curfew times, so they were keen to get the schedule back on track.
Hill, who recently penned an open apology for her tardiness at a show in Atlanta, Georgia, was the night's heroine when she whipped through a set of hits and ran only six minutes over her allocated set time.
It was Hill's first time at Coachella and she made it clear she would be back, telling fans, "Coachella, I love you. We have to do this again."