Green Reworks Forget You For Firefighters 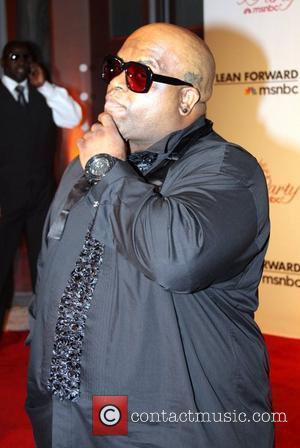 R&B singer Cee Lo Green has recorded a new version of his hit song Forget You, renaming it Thank You as a tribute to firefighters.
The star has reworked his Grammy-nominated track to honour volunteer firefighters and admits the cause is important to him - because his mother was an emergency service worker.
He tells MTV.com, "It's a very noble cause, and I connect with it very, very personally because my mother was a fireman as well - one of the first black female firemen in Atlanta, Georgia, so quite a historic accomplishment.
"It's a convenient means of kind of making use of (Forget You) and using that same spotlight to acknowledge and expose what a great humanitarian cause this is. For so many people, citizens, to volunteer themselves... this is voluntary action. It's not by force, it's not by draft. This is heart and soul, and we appreciate that."
Changing the lyrics to his expletive-laden original, Green now sings, "For a lifetime of service in the name of love, we wanna thank you/ I could say it a thousand times and it wouldn't be enough, we wanna thank you for everything you do."
Fans can download the song for free on Facebook.com.