Celine Dion will be singing in her ''bedroom voice'' on her new album 'Loved Me Back To Life' and says fans can expect a raspier sound on her new material. 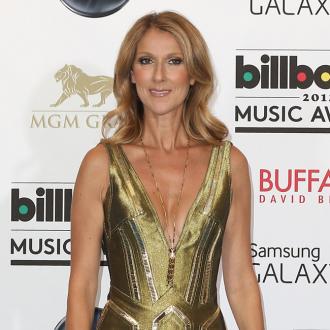 Celine Dion will be singing in her ''bedroom voice'' on her new album 'Loved Me Back To Life'.

The singer says fans can expect a raspier sound from her new material as she claims she's outgrown the vocal gymnastics she, and her fellow divas, have shown off in the past.

Celine told Billboard magazine: ''There was a point in my career I can remember for maybe 10 years it was all about, 'Who's gonna hold a note longer? Who's gonna sing the note higher? And that's what the industry demanded. It's not that we were in competition with each other. None of the singers who were doing that stuff wanted that ... This is very, very different. I'm using my bedroom hair, bedroom voice.''

The 45-year-old star teased the title track 'Loved Me Back to Life' in a brief clip posted to her website ahead of its official premiere on Tuesday (02.08.13) and will be incorporating the single into her residency shows at Caesars Palace Hotel and Casino in Las Vegas.

The record - which has songs penned by R&B star NeYo in addition to singer/songwriter Babyface and will be released on November 5 - will be the first English language album from the French/Canadian singer since 2007's 'Taking Chances', but the legendary vocalist admits she had fears her age would limit her song choices.

Celine explained: ''There's a time where you think, 'Do you think people will write songs for me?' I'm at the mercy of the songs because I don't write my material. But I could not believe what I was hearing. I'm not trying to reinvent myself, I don't want people to think, 'This is a brand new Celine,' but I am at a place in my career where I'm 45, I'm at the peak of my life, and I've never felt like this before. I want to have a good time.''