Celine Dion wants a family to buy her Florida home that can stay there all year round and enjoy the custom built water park. 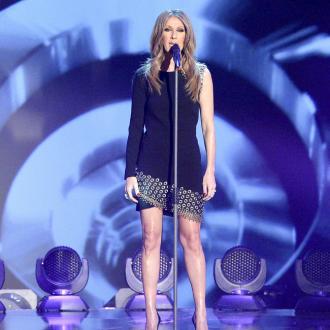 The 45-year-old singer recently listed her mansion - which comes complete with its own water park and lazy river - for $72.5 million because she and her family have only visited it twice in the last two years.

Once Celine extended the contract of her Las Vegas residency show at the Caesars Palace Hotel and Casino until 2019 she knew she should get rid of the home and she now just hopes somebody will buy it and have many happy times at the fun property.

In a TV interview for 'ET Canada Conversations', she said: ''We're going to be leaving this beautiful mansion to a family [that] deserves to spend the whole year there.''

Celine - who raises Rene Charles, 12, and two-year-old twins, Nelson and Eddie, with her husband Rene Angelil, 68 - released her first English language album, 'Loved Me Back To Life', for six years in 2013, and she admits her eldest son was very impressed with one collaborator in particular.

Discussing the LP, she revealed: ''He was like, 'Not the Rihanna Sia! The Sia that writes for Rihanna?' ''

As well as its own water slides, Celine's 10,000 sq-ft water-front estate on Jupiter Island has multiple swimming pools, an eight-bedroom guesthouse, tennis court and a simulated golf range.

Celine - who was born and raised in Quebec - will appear on Entertainment Tonight Canada's New Year's Eve (31.12.13) special with a performance from her Las Vegas show 'Celine' being broadcast live.