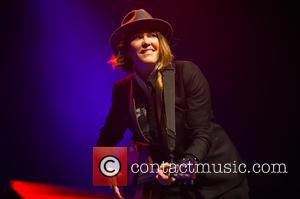 The 70-year-old guitarist was found dead at his home in Hawick, Scotland earlier this week (beg23Mar15).

Rocker-turned-DJ Cerys Matthews was among the first celebrities to pay tribute to the guitarist after learning of his passing on Thursday (26Mar15). A statement from her reads: "So sorry and sad to hear of John Renbourn's passing. A loving, lovely man. RIP John, it was an honour and pleasure meeting you."