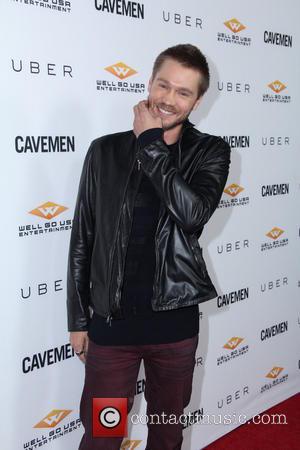 The former One Tree Hill star credits an extreme diet for his drastic weightloss and admits he struggled to perfect his junkie look.

Murray explains, "I wanted to do it organically in a healthy way, I really did. I didn't want to just cut down to water and crackers.

"Every day I didn't consume anything that wasn't from God's green earth. Pretty much oatmeal, egg whites, salads, chicken, tuna - that's pretty much it. You find ways to dress it up and make it wonderful. After a week, you can't tell the difference. You actually look forward to egg whites.

"I'd have some oatmeal and do an hour-and-a-half of circuit training and weights, come home and have a really healthy lunch, like egg whites and a banana. I'd continue on, have some coffee, and do a five-mile jog at night."

After completing filming on Other People's Children, producers treated Murray to his favourite treat - chicken wings.

He recalls, "They were deep-fried with hot sauce. Fantastic."

But the actor admits he is still trying to pack the weight he lost back on: "That's the hard thing... I haven't been able to train much for the past seven months because I've been working back to back."