It seemed just a matter of time before we got a British answer to chillwave, and here it is. Dropping this album at a time when Washed Out's second full length is garnering fans the world over could be seen as either savvy or a bit dense. Either way Chad Valley, aka Hugo Manuel (no, really), will no doubt be quick to disassociate from comparisons such as these, despite this synth driven album being very similar to ones from the Brooklyn set. 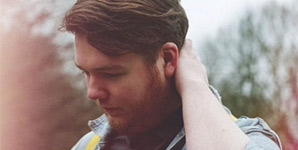 Hailing from the same group of friends within Oxford as The Fixers, Chad's knob twiddling is accomplished and warmed with pathos, if a little evenly paced to be completely enthralling. Hold out though, and Equatorial Conspiracy will reveal a couple of really gorgeous moments. 'Acker Bilk' has mounting 'Ohs' and the spiralling synths that drift like ghosts, 'waiting for a moment' as he sings. 'I Want Your Love' is more like slowed disco pop. 'Shapeless' is a rather ironic title, it being the most focused and fully-formed track on here, beautiful.

There is an unashamed retro feel to Equatorial Conspiracy; it is strange that an instrument that was once so tied up into the futurism of music can now feel so nostalgic. The album is 7 tracks long, which seems wise given its distinctly laid back attitude, but it could also be said it's a little under developed. This fragmented, haunting approach to music making is lovely and beguiling, but sometimes it feels directionless. A promising debut but I'd wait to see how this plays out.