Actor Chadwick Boseman will play legendary soul singer James Brown in a biopic of his life. 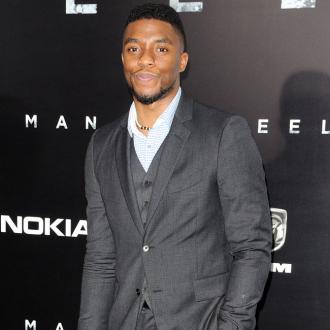 Chadwick Boseman is to play James Brown in a new biopic.

The American actor - who recently portrayed legendary baseball player Jackie Robinson in '42' - has closed a deal to star as the Godfather of Soul in a new movie to be helmed by 'The Help' director Tate Taylor.

The movie is being produced by Universal and Imagine Entertainment, as well as Sir Mick Jagger's Jagged Films production company.

The untitled biopic has long been in the works as producer Brian Grazer first began developing it in 2001. Both Eddie Murphy and Wesley Snipes were reportedly considering the lead role at the time.

Brown is credited with bringing funk music to the forefront of American culture during his six decade career, with hit songs including 'I Got You (I Feel Good)' and 'Papa's Got a Brand New Bag'.

The legendary singer's personal life certainly makes for a cinematic story as well; Brown was married three times and allegedly had issues with substance abuse.

The music star - who was inducted into the Rock and Roll Hall of Fame and ranked seventh in Rolling Stone magazine's list of the 100 greatest artists of all time - died from congestive heart failure and pneumonia in 2006.