Chance The Rapper Too Ill For North Carolina Show

Hip-hop Star Chance the Rapper Has Pulled Another Concert Due To Poor Health. 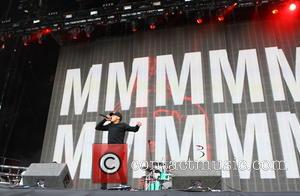 The hitmaker will be a no-show at his Charlotte, North Carolina gig on Tuesday night (10Nov15), which was part of the Family Matters tour.

An announcement on his Twitter page reads: "Due to illness, Chance is unable to perform tonight in Charlotte, NC. Tix & VIPs will be refunded & the performance will be rescheduled..."

The new dad, real name Chancelor Johnathan Bennett, also cancelled his show in nearby Raleigh on Monday night (09Nov15), and he scrapped a string of 2014 shows, including his Coachella set, due to tonsillitis and the flu.

It's not clear what ails him this time, or if his show in Houston, Texas on Thursday (12Nov15) is still on.