'22 Jump Street' the ''marriage'' between Channing Tatum's Jenko and Jonah Hill's Schmidt, according to directors Phil Lord and Chris Miller. 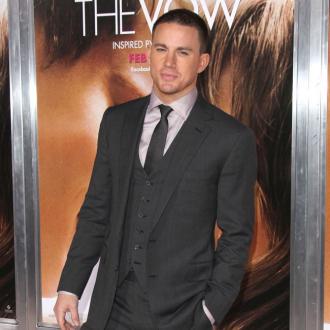 '22 Jump Street' will explore the ''marriage'' between Channing Tatum and Jonah Hill's characters.

Directors Phil Lord and Chris Miller have revealed that the sequel to their breakout hit comedy, '21 Jump Street', will centre on the friendship between Tatum's Jenko and Hill's Schmidt, and liken their ''bromance'' to a romantic relationship.

Lord said: ''It's more about their marriage, basically. If the first movie is about two people getting together for the first time, this is about what happens if you try to really make the relationship work. We'll probably never do another bromance after this one, but we're trying to get as emotionally deep into that as possible.''

The filmmakers admit they were reluctant to sign on for the sequel until they could nail down a good storyline and only signed on to helm the project last month - just two months before filming is set to begin.

Miller explained to Collider.com: ''People don't wanna see the same movie that they saw the first time, they don't wanna see something super different from the first movie, and navigating what that is has been challenging. We didn't really sign on to this movie until about a month ago because we didn't feel like we were sure that it would be a good movie, and then finally we got to a point in the script where we were like, 'Okay, I believe this will be a good movie.' ''

Both Tatum and Hill will reprise their roles in the new movie, which will see their police officer characters pose as university students.

Channing Tatum To Star As A Mermaid In Disney's 'Splash' Remake