Magic Mike Xxl Stars Channing Tatum And Adam Rodriguez Have Paid Tribute To A U.s. Soldier They Met Earlier This Year (15) After He Was Killed In Afghanistan On Saturday (08aug15). 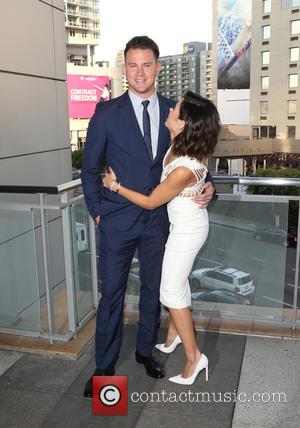 The stars visited seven army bases, including the one where MCKenna was stationed in Afghanistan.

MCKenna, a 17-year U.S. Army veteran, was killed in an attack on his base on Saturday (08Aug15), and after learning of the news, the actors paid tribute to the soldier on Instagram.com.

The men each posted the same photo of themselves alongside MCKenna, clad in his camouflage gear, with Tatum adding in a caption, "I'd like to offer my deepest condolences to the family of First Sergeant Peter Andrew MCKenna, a brave soldier we had the honour of meeting in Afghanistan. He tragically lost his life in an attack on one of the bases we visited on (USO) tour back in February. Let's always remember to thank the men and women who serve this county and so often sacrifice their own lives for ours."

Rodriguez writes, "Our meeting was a short one but he was the type of person who made an impression... Soldiers (men and women) are farther away from home than most of us could ever comprehend and too many don't return. We must honour their lives by actively working toward the dominance of peace in every aspect of our lives and communities. I am glad to have met First Sergeant Peter Andrew MCKenna from Bristol, Rhode Island and I wish him that peace in the next life."

Zano adds, "Peter MCKenna was a highly decorated and respected member of our military who was going into his sixth tour of duty. Brave isn't the word that fully describes that sort of commitment to his country and brothers in arms. This is a reminder that our men and women are still there."