Channing Tatum has revealed he had to excuse himself to go cry while while his wife Jenna Dewan Tatum was giving birth. 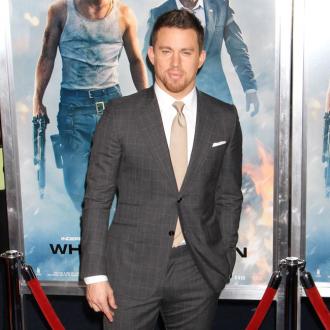 Channing Tatum had ''crying fits'' while his wife was giving birth.

The 'White House Down' actor admitted he was overcome with emotion while Jenna Dewan Tatum was in labour with their daughter Everly earlier this month and had to excuse himself from the delivery room.

He told chat show host Chelsea Handler: ''I probably went to the bathroom four times and had a crying fit. Like, I'm just like, 'I don't know what to do!' ''

Channing, 33, also admitted he is in awe of women for going through the pain of childbirth.

He said: ''There is a real reason why God did not give, like, [guys] this ability to have babies. Because we would not be able to do it. You guys, I don't know how you do it. It's a real thing. It's like National Geographic animal-style, for real. I don't get it.

''It's like someone's hurting, someone that you love, and you can't do anything about it. You physically cannot help.''I'm still not helping - and the baby's out! Men are useless, but we are really useless during this. The baby's gonna come out whether you're there or not.''

Channing plays a police officer who has to protect the President of the United States from attack in his latest movie and when asked which is more terrifying - protecting the president or being a new dad - he replied: ''Well, I've never protected the president, but I have been a new dad, and I can tell you that being a new dad is pretty terrifying. I'm pretty sure that something about the president makes the stakes a little higher, but to me as a new father, nothing is more important or scary than protecting a daughter.''