Actor Channing Tatum Gave His Father A Cameo In One Of His Films After Growing Tired Of The Old Man's Unsolicited Acting Advice - But Dad's Debut Didn't Go As The Actor Had Hoped. 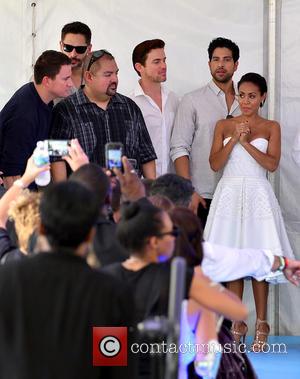 The Magic Mike star's parents are very supportive of his career, but his dad has an annoying knack of reminding his son he'll never be movie legend Steve McQueen.

And so, in an effort to show dad that acting isn't as easy he seemed to think it was, Tatum cast his father in an unnamed film, adding, "I was finally tired of hearing about it, I just put him in a movie.

"I was like, 'You're going to do this part and I'm going to see if you don't blink'. He had a straight-up meltdown. He couldn't say the words.

"The first take he walks up and he has pretty much two lines and that's something I knew he could handle and he just (freezes) and I was like, 'Roll it back, roll it back', and I started panicking for him and thinking, 'Oh my God, maybe this was just a really terrible idea putting my dad on the screen'."