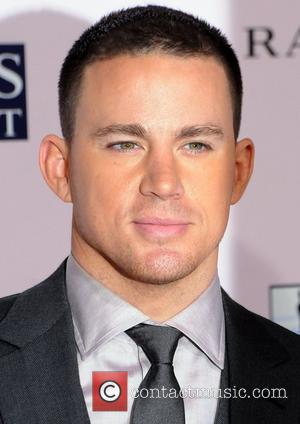 Hollywood couple Channing Tatum and Jenna Dewan have matching tattoos commemorating their sickness-plagued honeymoon in Bali.
The pair jetted off to paradise for a brief "mini-moon" shortly after exchanging vows in 2009 and both came down with food poisoning.
Tatum recalls, "The first day in Bali I get food poisoning - the worst case that I have ever had... and on the third day she (Dewan) got it... so it's kind of a funny thing that we were side by side in the toilet.
"On the fourth day when we started to feel better we decided just to get tattoos of that."
As a result, both had the words 'Side by side' inked on their skin - Tatum at the top of his ribcage and Dewan on her foot.
The actor only hopes the ancient scribble really does translate as 'Side by side'.
He adds, "It probably says, 'Burger King's that way!'"