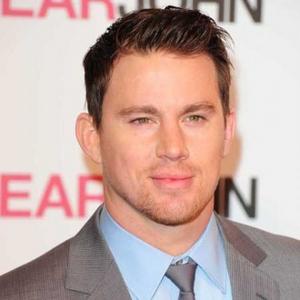 The 'Eagle' actor met his spouse Jenna Dewan on the set of 'Step Up' in 2006 and he revealed getting the change to work together again on their new movie was a dream come true because they have such an easygoing relationship.

He said:"It's fantastic, yeah. We haven't got to work together since 'Step Up' so we had a crazy time. It was just a group of 30 year olds going crazy , we loved it. We never argued on set because we don't get heated in real life."

While Channing has a number of movies out this year including Medieval action adventure 'The Eagle', 'The Son of No One' with Al Pacino and Steven Soderbergh's 'Haywire', he revealed he and Jenna are hoping to start a family in the next few years when they have more time.

Asked if they wanted children soon, he explained to BANG Showbiz: "Not probably anytime in the next year or so but probably in the next couple after that."